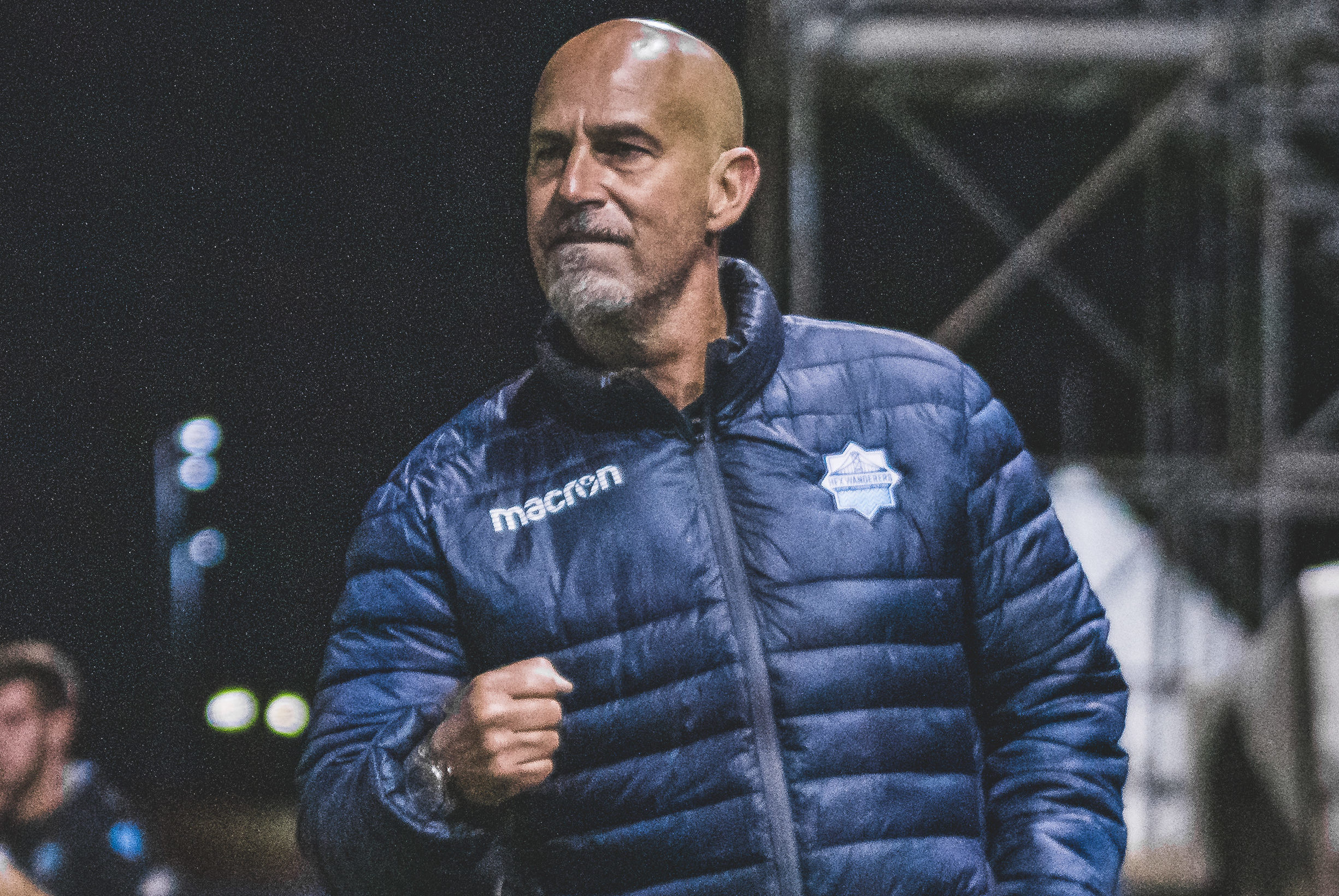 After an impressive 2020 season that saw them make a run all the way to the CPL Final, HFX Wanderers’ 2021 roster is starting to take shape.

Bringing back 14 players from a year ago, as well as several big additions, the club is looking to have another run at it in 2021. Among their new recruits are a Canada international and one of the CPL’s best right backs, and they still have one more roster spot to fill.

Let’s take a look at how Stephen Hart’s team is looking, with just over a week to go until The Kickoff begins in Winnipeg.

There will be a familiar name between the sticks again in 2021 for HFX, as Christian Oxner has signed on for another two seasons. The 24-year-old Halifax native was drafted by his local club in 2018 and has been a regular in goal for the club since taking over from veteran Jan-Michael Williams during the inaugural 2019 season. He played 18 matches down the stretch that year, six in PEI in 2020, as well as three Canadian Championship appearances in 2019.  He suffered an injury at the Island Games but recovered to play in the final. He was nominated for the Goalkeeper of the Year award in 2020, and could very well be in that conversation again in 2021.

Oxner’s backup in 2021 will be another local youngster, 19-year-old Kieran Baskett. Baskett, also from Halifax, joins the Wanderers from NCAA Division 1 school William & Mary, where he made 18 appearances in 2019 as the club’s starter. He has also talked about how much it would mean to him to play in front of his hometown. “It would really be a dream come true – the fans are great and I feel like it would give you such a boost playing in the Wanderers Grounds, especially in front of the home fans who I know many of,” Baskett said when his signing was announced. “It would mean the world to me.”

Bringing back most of their defenders from a year ago, the familiarity in the club’s backline will be useful as they try to have another run toward the CPL final.

A standout during the 2019 and 2020 CPL seasons after being drafted out of Cape Breton University, Peter Schaale has been one of the better defenders in the league thus far, and is returning for 2021. He has made 32 appearances for the club since making his debut in 2019 — five Canadian Championship appearances in 2019 to go along with 17 league games, as well as 10 at the Island Games in 2020. He’s captained the team on occasion and will be a leader in the Wanderers backline again in 2020. He was on a developmental contract in 2019, which allowed him to return to school in August, but has since been on a standard contract.

After being on a developmental contract himself in 2020, Jake Ruby has also signed a standard contract with HFX, with options for 2022 and 2023. The 21-year-old fullback was selected 16th overall in the 2019 CPL-U SPORTS Draft and made eight appearances for the club in PEI, including three starts in a breakout campaign.

Making 10 appearances at left-back for the Wanderers in 2020, 24-year-old Mateo Restrepo had an impressive season. A product of the Toronto FC and FC Ingolstadt academies, as well as a former Canada youth international, Restrepo was a standout with the UC Santa Barbara Gauchos before signing in Halifax for the 2020 season.

Haiti international centre-back Jems Geffrard is also back for another season, although he may not be available for The Kickoff, according to Stephen Hart, due to travel restrictions, as well as the recent World Cup Qualifiers and upcoming Gold Cup. In Haiti’s recent pair of matches vs Canada in World Cup Qualifying, Geffrard played all 90 minutes in the first leg but didn’t see the pitch in the second leg on Tuesday. Geffrard was a big part of the Wanderers’ success in 2020, starting all 11 matches and playing almost 1000 minutes.

Also “returning” to the team is 25-year-old Brazilian centre-back Eriks Santos. He signed with the club before the 2020 season, but couldn’t enter the country due to COVID-19 travel restrictions, and has re-signed ahead of 2021. He joins the club from Dila Gori in Georgia, where he made 37 Erovnuli Liga appearances, as well as two in other competitions. He has also played professionally in Ukraine and at the youth level in his home country of Brazil.

They have also brought in a pair of newcomers, Morey Doner from York United and Kareem Sow from the Montreal Carabins in U SPORTS.

Doner, 27, moves east after being a standout for York United (then York9) during the 2019 and 2020 seasons. Doner made 38 appearances in all competitions for York over the two years, including every minute at the Island Games. He’s an attacking right fullback, but also a strong defender, something the club needed after Chrisnovic N’sa went the other way to York. His combination of experience and skill will be useful for HFX, and he’s expected to be a key player.

Sow will be joining a pair of former Carabins teammates in Halifax, Omar Kreim, and Pierre Lamothe. The trio won the 2018 U SPORTS Men’s National Championship together. Sow, 20, was drafted 10th overall by the Wanderers in January’s draft and has signed on a developmental contract, which means he can return to school in the fall and still keep his U SPORTS eligibility. The Ottawa native is a physical centre-back, who is also good on the ball.

The HFX midfield has seen the most change of any area of the pitch, as there are three new additions to go along with three returnees.

Pierre Lamothe, 23, joins HFX from the Montreal Carabins in U SPORTS. He was a part of the Carabins side that won the U SPORTS Men’s Soccer Championship in 2018, alongside new Wanderers teammate Omar Kreim. Lamothe has also previously played with FC Montreal in the USL, and with CS Longueuil and AS Blainville in the PLSQ. Lamothe says he’s an offensive midfielder with a good eye for a pass.

One of the most recent additions to the club’s roster is former Canadian youth international Marcello Polisi, formerly of Simon Fraser University, and brother of Pacific FC’s Matteo Polisi. The 24-year-old is a holding midfielder with strong passing ability, according to Hart, and will provide a link between the other two-thirds of the pitch. He’s on a one-year contract with an option for 2022.

Another recent signing was the announcement that youngster Scott Firth will be back with the club in 2021. He’ll be returning to the club for a third season, after signing as a high school student still ahead of the 2019 season. He played nine times that year, eight times in the league and once in the Canadian Championship, as well as two appearances at the Island Games in 2020. Firth is a Halifax native, and “is a local young man representing thousands of fellow Haligonians on the pitch and has benefited from the great youth club development systems around us,” according to Wanderers VP of Football Operations Matt Fegan.

Omar Kreim has also re-signed for another year with the club after being an important part of their midfield a year ago. The 26-year-old signed his first professional contract last year with Halifax after playing at the U Sports level with Montreal Carabins, and the aforementioned Pierre Lamothe, as well as more than 50 appearances between Salaberry and AS Blainville in Quebec. Kreim can play in midfield or in attack, and scored once in 10 appearances at the Island Games.

Finally, the third player the club brought back in midfield is captain Andre Rampersad. The 26-year-old midfielder has made 36 appearances for the club since joining in 2019 — 25 league appearances and five in the Canadian Championship that year, plus six in PEI last year, where he served as club captain. Rampersad was recently called up to play for Trinidad and Tobago for the first time but was unable to go due to Canadian travel restrictions.

HFX’s impressive group of forwards has mostly been brought back from a year ago, as Alessandro Riggi, Akeem Garcia, Alex Marshall, and João Morelli all join the best player in the world (at least according to this young Austrian fan) Cory Bent.

Garcia ended the 2020 CPL season as the league’s top scorer, with six goals in nine matches as HFX made a run to the final. The Trinidad and Tobago international also spent the 2019 season in Halifax, scoring eight times in 28 matches in all competitions. His 13 total CPL goals leave him tied atop the league’s all-time leaderboard, with Forge FC’s Tristan Borges and FC Edmonton’s Easton Ongaro.

Garcia formed a strong partnership with newcomer João Morelli at the Island Games, as the pair were setting up chances for each other left and right. Morelli ended the season with four goals and an assist, and has the potential to be one of the best offensive threats in the league. His creativity is matched by few, and over a full season, that duo could put up some monstrous numbers between them.

Marshall, 23, didn’t find the back of the net in 2020, but was an important member of the Wanderers attack. His first year with the club, Marshall saw the pitch in all 11 games, providing two assists for his teammates. The Jamaican international had an impressive scoring record in Jamaica before coming to the CPL, scoring 76 goals in 25 games in his home country.

After stints in Spain, Portugal, Romania, Italy, and the United States, Riggi returned to Canada in 2020 with HFX Wanderers. Apart from two years with FC Montreal in 2015 and 2016, Riggi’s had last played in Canada with the Montreal Impact academy in 2011. In eight matches for the Wanderers in PEI, he scored once in his return to the pitch following a knee injury that ruled him out of the 2019 season with Pheonix Rising FC.

Bent, 24, made 10 appearances at the Island Games after being drafted first overall in the 2019 CPL-U SPORTS Draft. He scored once over that span, and impressed with his pace on the wing. The former Manchester United and Preston North End academy player scored 24 goals in 36 games for the Cape Breton Capers between 2016 and 2019, and played alongside current Wanderers defender Peter Schaale.

2019 CPL-U-Sports Draft top pick Cory Bent scores his 1ST PRO GOAL for @HFXWanderersFC, snatching the ball away from @ValourFootball before finishing 1-on-1 with the 'keeper

The club has also brought in two new forwards from the college ranks.

The first one is Samuel Salter, a Montreal native and former Montreal Impact Academy player, who joins the club from California State University, Northridge in the NCAA Division I. Capable of playing on the wings or centrally, Salter went on trial with clubs in Europe prior to attending the university, but the Wanderers will be his first professional club. He provided three goals and two assists as a freshman in 2019.

Their most recent addition to the attack is 2021 CPL-U SPORTS Draft pick Stefan Karajovanovic. After three impressive years with the Carleton Ravens (35 goals in 37 games), Karajovanovic was picked 7th overall by the Wanderers. The striker had previously been drafted by York United but didn’t sign with the club. He also appeared in the 2019 Canadian Championship for AS Blainville.

The club still has one roster spot open ahead of The Kickoff. They don’t look particularly thin at any one position, so whoever Hart signs will only increase the depth of an otherwise strong roster.

The club’s first match of the season is on Saturday, June 26th against Pacific FC (5pm ET/2pm PT) on OneSoccer.