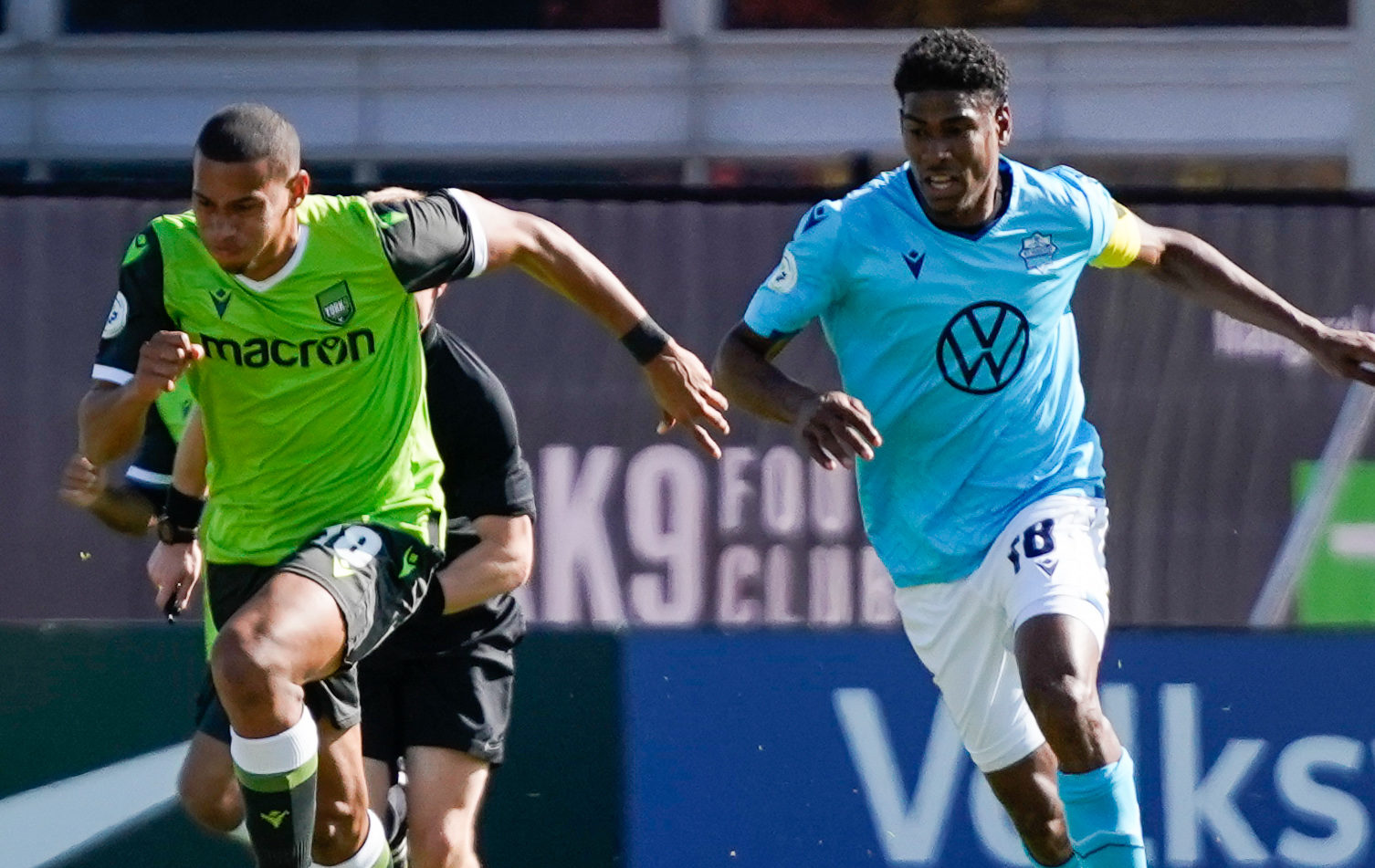 First, HFX Wanderers re-signed their top scorer. Then they decided to bring back their starting goalkeeper.

On Thursday, Wanderers locked up one of their key midfield linchpins, announcing they have come to terms with Andre Rampersad on a contract for 2020.

“It’s an awesome feeling to be honest, I already miss Halifax. I miss the soccer too and the fans there are the love of my heart, so I’m excited to come back,” said Rampersad, who is currently back home in Arima, Trinidad and Tobago.

Rampersad, 24, was a regular starter  as HFX’s go-to box-to-box midfielder this season and was one of the club’s most consistent performers, scoring one goal and tallying an assist in 25 league appearances.

After playing for FC Santa Rosa in his native Trinidad and Tobago, Rampersad joined Wanderers last January, along with countrymen Jan-Michael Williams, Elton John and Akeem Garcia as the club’s first international signings.

“He showed promise every time he played but as the season went on and he started to become more comfortable, he showed the freedom to bring his qualities to the games,” HFX coach Stephen Hart said of Rampersad.

Rampersad admitted one of his goals next season is to improve his offensive production.

“With the team now, I have to play a leadership role and I feel like I can get better as far as goals are concerned,” he said.

Hart revealed there was interest in Rampersad from other clubs, but the Trinidadian had his heart on returning to Halifax next year.

“The first season was amazing at the Wanderers Grounds, they push us every time, so next season I can only imagine it will get better and we need to pay back the fans and the city of Halifax,” Rampersad said.

The new deal for Rampersad comes on the heels of Wanderers recently coming to terms with forward Akeem Garcia (the team’s top scorer in 2019, with seven goals) and goalkeeper Christian Oxner (six clean sheets, fourth-best in the league).

HFX also used the No. 1 pick in the recent CPL-U SPORTS Draft to select left winger Cory Bent from Cape Breton University. Wanderers used their second-round pick on Jake Ruby, a right fullback from Trinity Western University. Both prospects are expected to report to pre-season training camp next March when they’ll try to earn a spot on Wanderers’ roster for the 2020 CPL season.