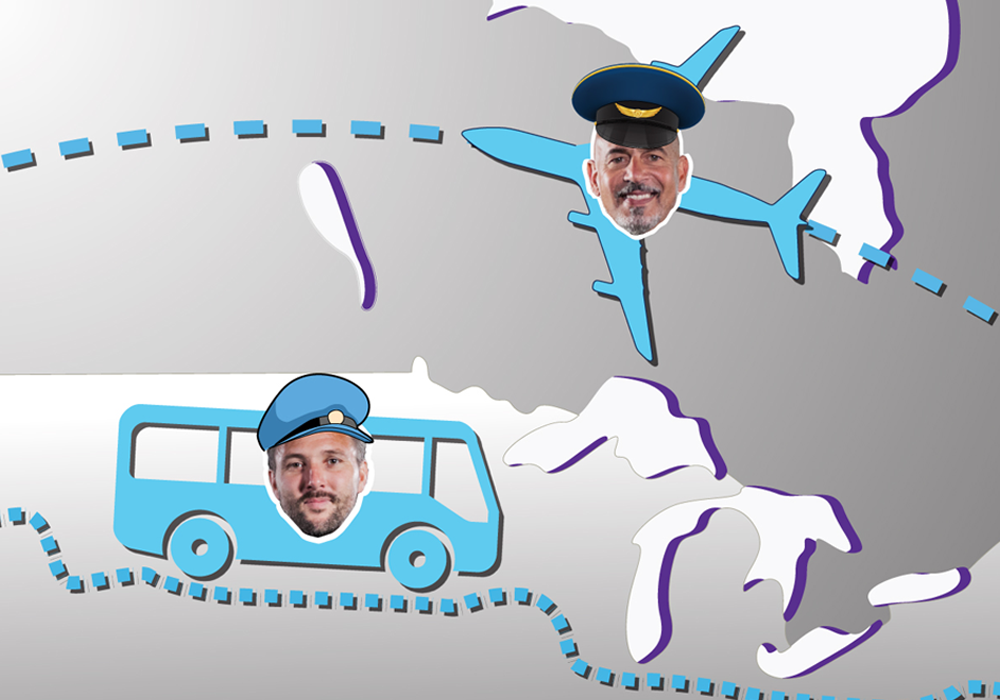 Where does a road trip from Halifax to Van Isle rank among soccer’s longest-distance away matches?
2018-11-23
by
Armen Bedakian, Supervising Editor

The wear and tear of travel is a common platitude in sports and in soccer, where clubs around the globe traverse great distances in pursuit of those three precious away points. But for a few clubs, that pursuit means travelling thousands of kilometres for a couple of matchups during the course of a regular season.

What do clubs do with all those travel reward miles, we wonder?

It’s a question Pacific FC and HFX Wanderers staff, players and even fans will have the chance – the pleasure, even – of answering in 2019 after racking up the point-benefits of what is one of the longest trips in soccer, anywhere in the world.

Some 4,476 km separate Stephen Hart’s Wanderers and Michael Silberbauer’s Pacific FC by flight, a number that grows considerably to 5,793 km if the team were to, say, hop on a bus and make the trek across the country for those precious three points away from home.

One must wonder how either head coach could conduct training sessions in-between what is a 58-hour drive in total, spanning five provinces and seven U.S. states, with two stops at border crossings and a ferry trip in British Columbia. Not to mention the average fuel costs of $750 … and this is all just on one leg of the two-legged journey.

Luckily, the conveniences of modern aviation leave those questions only to speculation.

Of course, both teams will fly the distance, which takes some seven and a half hours to travel. But it begs the biggest question – where does the Canadian Premier League’s longest away trip rank among the world, with consideration to teams that play in the same first-division leagues?

If you guessed high, you’re off to a flying start.

The longest journey in world football

Do our neighbours to the south endure even greater travel woes?

The longest away trip in world football clocks in at 5,255 km when Australian outfit Perth Glory FC heads east to New Zealand to take on Wellington Phoenix in A-League action.

It’s a claim to fame the two clubs hold onto dearly, going so far as to dub the rivalry the “Long Distance Derby Cup.”

Coming in just behind the A-League’s long-distance clash is a 4,723 km bout between two teams in Indonesia’s Liga 1, with Medan-based outfit Persatuan Sepakbola Medan dan Sekitarnya (PSMS) and Persipura Jayapura in Papua travelling quite a ways away themselves for the love of the beautiful game.

Unfortunately for PSMS, a visit to Jayapura is even more daunting as the club faces the league’s championship leader, with the three-time Liga 1 champions often making short work of visitors close and far.

You’ve got to sympathise with these four clubs – that’s a whole lot of airline food to go through over the course of a season.

Those enduring the third-longest trip in the world wouldn’t be remiss to ask “what’s cooking?”

Indeed, at 4,476 km, Halifax vs. Van Isle clocks in as the third-longest distance travelled for a single match, just beating out the distances between east and west-coast clubs in Major League Soccer.

Florida-based outfit Orlando City travels quite the distance to take on the Vancouver Whitecaps, which amounts to the longest MLS roadtrip at 4,227 km.

Meanwhile, the New England Revolution travel an average of 4,170 km by plane to California, while trips northwest to Cascadia require similar distances travelled.

The sheer size of the continent alone makes travel a challenge in North America. One has to wonder, at 7,100 km, how Pacific FC would fare in a CONCACAF Champions League clash against a club from San Fernando, Trinidad and Tobago – we’ll have to wait and see if that one ever comes along.

In any case, rounding out this impromptu top 5 list of first-division distances is a long, tumultuous flight over the vast Russian land, where teams like FC Krasnodar and FC Yenisey Krasnoyarsk travel 3,888 km to play one another in the Russian Premier League.

But if we take into account the circumstances of Russia’s 2nd division league, well … things get a lot more daunting, because FC Luch Vladivostok and FC Baltika Kaliningrad have a 7,360 km trip on the docket. That one leg alone is the equivalent of flying from New York to Los Angeles, then back to New York, and then back to Los Angeles.

Or, as they say in soccer, no big deal.

Related Links
In their own words: CPL’s head coaches share individual philosophies, styles What do the CPL’s head coaches know about each other? Cavalry FC’s Wheeldon Jr. in England, Scotland: ‘I’m seeing what gold I can find’ ‘We have our own identity’: York9 FC, Pacific FC unifying communities through soccer
© 2022
Canadian Premier League
Read our privacy policy.