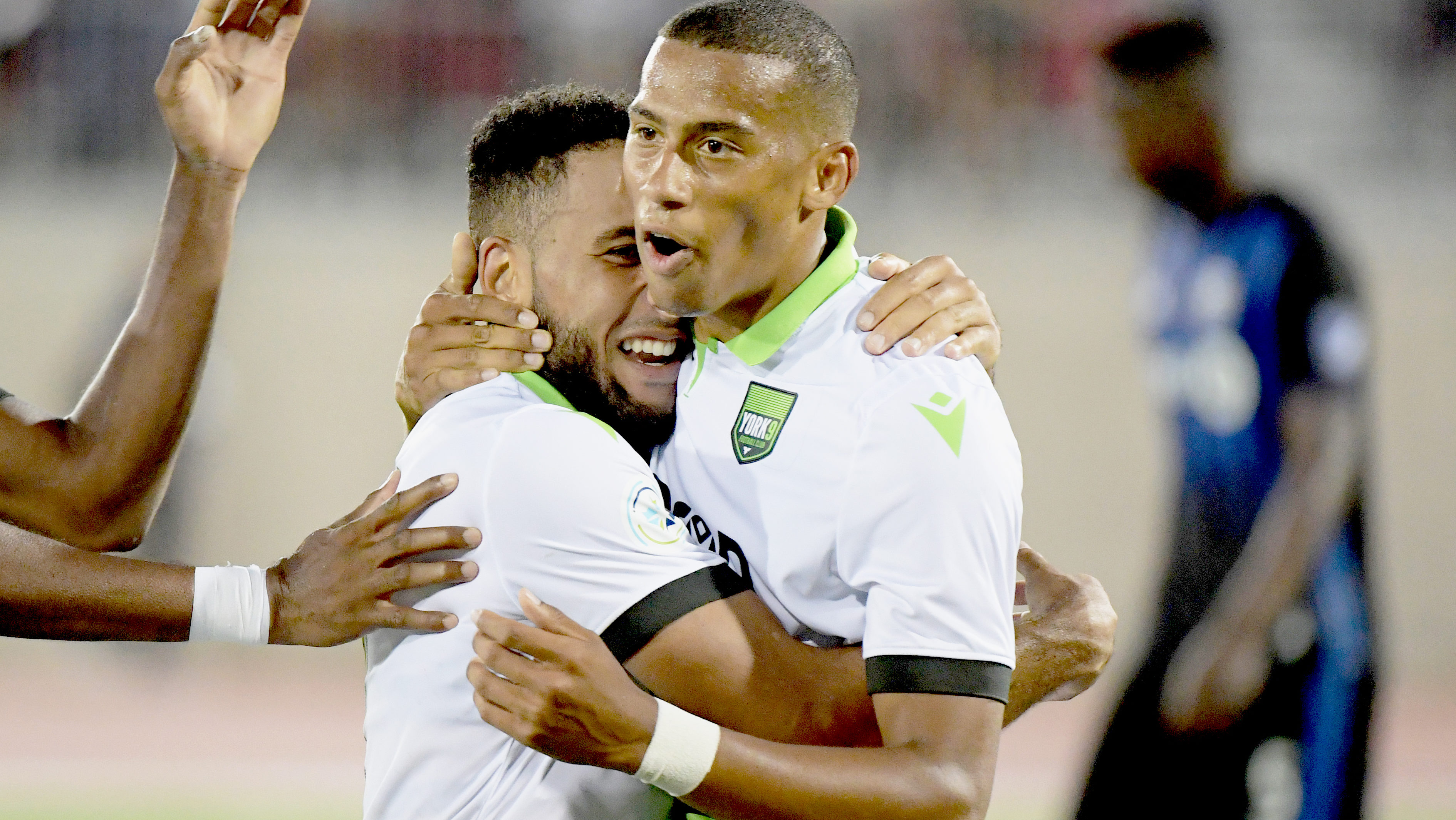 On Friday, the Canadian Premier League said farewell to the colours and crest of York9 FC, eagerly welcoming in the new era of York United Football Club.

There’s plenty of excitement around for the future, with a lot to look forward to at York Lions Stadium in the coming months and years. However, we can’t let history be forgotten without properly saying goodbye; fans in York Region may not have yet seen the CPL championship they dreamed of, but there were still plenty of good memories in the past two years.

So, with that in mind, here are nine (get it?) unforgettable moments from the York9 era.

York9 made a lot of history in its time, as you’ll come to see in this list. It started at the very beginning, though; in May 2018, fans and journalists gathered at Vaughan City Hall for the first-ever unveiling of a Canadian Premier League club — and, in a way, the concrete birth of the CPL itself.

Alongside the announcement came a first look at the Nine Stripes crest, as well as a display from Generation IX supporters and news that Canadian soccer legend Jimmy Brennan would be involved as an executive (although he wasn’t announced as head coach until later).

That night will always evoke fond memories for those who were there from the CPL’s very beginning.

York9 will always be remembered as the first club to score in a CPL game. Just three minutes into the league’s inaugural match at Tim Hortons Field — April 27, 2019 — Ryan Telfer immortalized himself as the answer to a trivia question by firing a shot past Triston Henry to open the scoring.

Although Forge would tie things up and the first-ever CPL game ended in a draw, York will still always have this piece of history to hang onto.

3. A trio of CanChamp corner kicks

This was a bizarre one. Just a couple weeks after the Nine Stripes dispatched AS Blainville in the Canadian Championship, they hosted FC Edmonton in leg one of the second qualifying round.

York9 have always had a good reputation for set-pieces, and this game is surely where that began; they scored not one, not two, but three headed goals directly from corner kicks en route to a 3-1 win (3-2 on aggregate over two legs) — just don’t ask Jeff Paulus about the disallowed goal at the end!

Scoring three times from corner kicks is a rare feat in football (we looked it up). The three scored here helped set up the next item on our list, and another memorable night at York Lions Stadium.

This was a huge Canadian Championship night for the CPL. Out east, HFX Wanderers FC was hosting the Ottawa Fury, and Cavalry FC would soon be playing the Vancouver Whitecaps. In between, though, the Montreal Impact visited York Region, taking a slight detour from their usual trip down the 401.

Down 1-0 with 10 minutes to go, York9 pulled out all the stops. Ryan Telfer, as if he wasn’t already a club hero, scored with a superb strike from the top of the box. A few minutes later, he sent in a corner kick (of course) that fell to Rodrigo Gattas, who gave the CPLers a lead and set York Lions Stadium alight.

Although the Impact scored a penalty later and would go on to win the two-legged tie, this was the first indication that CPL clubs could go toe-to-toe with their MLS counterparts.

💣 @Manuaparicio34 scores a screamer from WAY OUT!!!

➡️ Check in for this match on https://t.co/hishXepRT3!

York9 hosted Pacific in the third game of their Fall season campaign, and captain Manny Aparicio ensured it started with a bang.

This solo screamer from about 40 yards out was one of the best goals of the 2019 CPL season, and it helped the Nine Stripes to a massive home win. Aparicio himself called it “probably the best goal” he had ever scored.

Plus, the wonderstrike landed Aparicio and the CPL on ESPN Sportscenter’s Top 10 Plays of the Night the next day, as the highlight went viral around the world.

This was probably the first true blowout in CPL history, and it also featured the league’s first-ever hat trick as Rodrigo Gattas found the net three times (one of which was an unbelievable long-range rocket) in the first half en route to a 6-2 win.

It was probably the most dominant York9 had ever looked, as they ran rampant over their east-coast foes and continued to pour on the attack, out-possessing HFX 66 to 34 and sending in shot after shot.

Although they’d played to a close 1-1 draw in the inaugural game, Forge definitely had the upper hand in the 905 Derby in 2019 up to this point. They’d won all three meetings since that first afternoon in Hamilton, and by this point in October, they’d locked up their place in Finals 2019.

The Nine Stripes had unfinished business with their Ontario rivals, though. They’d lost 1-0 at Tim Hortons Field the week prior, but when they hosted Forge, they held nothing back this time.

York9 went into halftime with a slim 1-0 lead, but they opened the taps in the second half. Simon Adjei, Diyaeddine Abzi, and Rodrigo Gattas all piled on goals as York finally got the upper hand in the final Derby of 2019.

We’ve made it to 2020! York’s first match of The Island Games didn’t start particularly well, as league newcomers Atlético Ottawa jumped out to a 2-0 lead in the club’s first-ever game.

Jimmy Brennan injected some energy into his squad with a pair of young substitutes, and he was immediately rewarded for it. Both newly-introduced players, Max Ferrari and Lowell Wright, combined beautifully for a 60th-minute goal, before a Joe Di Chiara penalty kick evened the score at two.

Wright, aged just under 17 years old, became the youngest goalscorer in CPL history, providing an immediate return on the faith shown in him at that young age. Perhaps we’ll see a few more goals in the York United era?

We only got one 905 Derby at The Island Games, but it was a fun one.

York9 scored twice in the first half, thanks to a pair of well-worked set-pieces (a free kick and a corner), jumping well in front of the defending (and future) champions. Forge came back in the second half, scoring twice within ten minutes of the restart, but Joseph Di Chiara was the hero from the penalty spot, securing a huge win for the Nine Stripes (and the only defeat Forge would suffer in the 2020 CPL season).

Special credit is due to Di Chiara, whose dominant passing and set-piece performance really put York9 over the edge in this one.