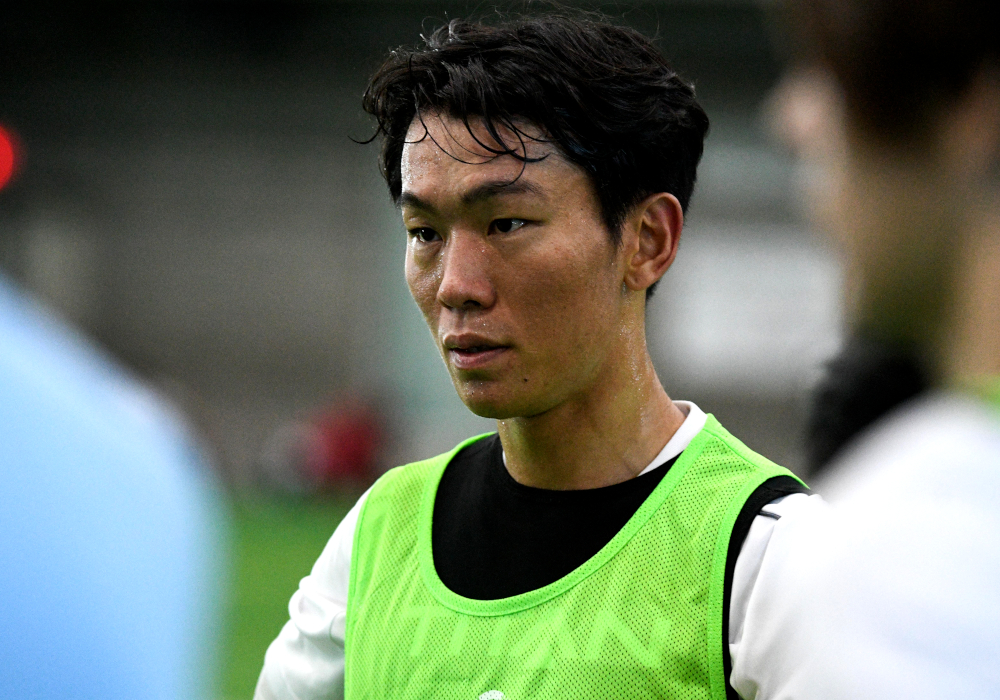 TORONTO – A 16-hour train ride through the heart of India was ample enough opportunity for Son Yongchan to reflect on his career as a professional soccer player.

The 27-year-old versatile South Korean, who recently signed for FC Edmonton, had never experienced an away trip quite so long … and quite so trialing.

It’s fitting that a trial of a different sort, many thousands of kilometres away from South Korea, would mark his new beginning.

Son was first spotted by FC Edmonton head coach Jeff Paulus during the Toronto stop of the CPL’s #GotGame Open Trials. As he and his fellow coaches observed the talent on display, Son stood out for his abilities in-game, as well as his athletic prowess. Data collected by Kinduct during the trials backed up the eye test, with Son ranking third out of 1,400 trialists in overall fitness testing.

“It’s amazing how you find these players in different environments,” Paulus told CanPL.ca, one day after penning Son to his team. “To me, I was very fortunate to find him in the GotGame Trials. But I’ll tell you what: If an agent had sent me his video, I would have done anything to get him in anyhow.”

For Son, the opportunity to play in Canada represented a new chapter in his own professional career.

“I think I had enough challenges in Asia, so I wanted a new challenge,” Son told CanPL.ca. “I came to Canada for that.”

Standing out in a crowd

“I’ve been to several trials in my life, but this one was different,” Son insisted.

Son is no stranger to the ins and outs of professional football around the world: he’s played for clubs in India, the Philippines and Singapore, and experienced all sorts of away trips and levels of competition as a result.

When he heard about the opportunity to trial in Canada in front of all of the CPL’s head coaches, Son knew he had to at least try.

“There are so many players, so many people, who are negative about open trials, because it’s one look, and players have to pay,” Son said. “In Toronto, at the Hanger, I met a player and I asked him if he was going to the Open Trials. He said ‘No, it’s just one game,’ and said ‘Don’t join that.’

“But, I came from Korea to trial. I thought, ‘If you shine there (at the Open Trials), you can make it – it’s fair for everyone. All the coaches are there, so I don’t know why I wouldn’t. You can make it.’ I made it, and I’m so happy.”

As he prepares to play in a new country, Son recounted another memorable experience brought on during his time in Asia.

“I’d never met a North Korean – you know about North Korea and South Korea, right?” Son asked this writer, as he recounted a story of playing against the champions of North Korea during the AFC Champions League while with Ceres, a club in the Philippines.

“After the game, I asked the North Korean players for a picture, because for someone who is South Korean to meet a North Korean … well, you cannot meet them, ever, in the world. So I asked to take a picture, and they said, ‘Let’s ask the coach.’

“Their coach knew me, knew I’m South Korean, and said no. They came back to me and said, ‘Sorry, we are not allowed to take a picture with you.’

“I understand their culture – they’re a very closed culture and cannot do whatever they want – so I said ‘don’t worry, don’t worry, it was nice to meet you guys’ and walked away.

“But my own teammates were watching me and they were like, ‘What happened, why didn’t you get a picture?’ I had to teach them all about North Korea and South Korea.”

Having experienced soccer throughout Asia, Son will now embark on another adventure in North America.

The Smiling Assassin of Alberta

They call him “The Smiling Assassin.”

It’s a nickname Son picked up in Singapore, after scoring a goal with a smile on his face before and after striking the ball.

That perennial smile, Son explained, is a reminder not to be like other soccer players, who believe you “have to be serious” about the sport all the time.

His positivity is infectious. It certainly wasn’t lost on Paulus, who backed the validity of Son’s nickname, telling CanPL.ca that his new signing is “ruthless on the pitch” but a real leader off of it.

Paulus spoke highly of Son, calling him “hands down the top player at the GotGame Open Trials.”

“I’m smiling myself just talking about him,” Paulus told CanPL.ca. “He’s a player that, within two, three minutes of the trial at York, every single manager identified right away.

“His ability on the ball and his vision on the pitch stood out immediately. His pace and the way he closes the ball down is unbelievable, but his passion for the game is a joy to watch, too.”

Paulus added: “I’ve never seen a player close down space and pressure faster than him and I’ve been at this now for seven years, roughly.”

Despite interest from multiple clubs, Son credits FC Edmonton’s history as a professional organization in helping him make his decision to join Paulus, and conversations between the two have already taken place about his role and the kind of football Paulus wants to implement in his team.

While Paulus affirmed that Son wasn’t the only standout from the trials, he also made it clear that Son is set for a big role at FC Edmonton.

“It’s no secret that every CPL manager wanted this player and the fact that we got him here in Edmonton speaks to our project,” Paulus said.

“He’s going to be a guy that we’ll build the club around. I believe that.”

You can be sure there will be smiles all around Clarke Stadium if Paulus’ hunch is proved correct in 2019.