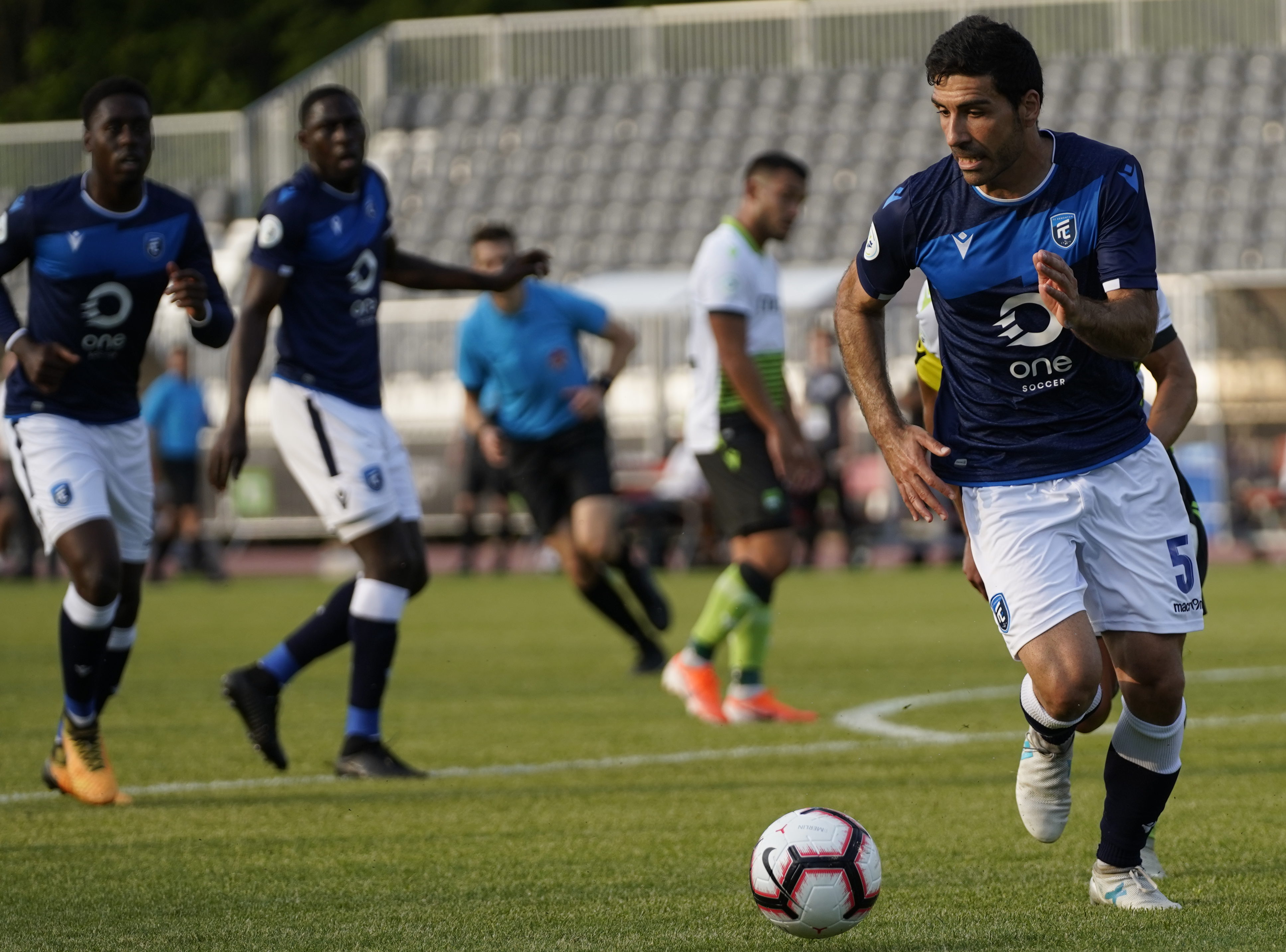 FC Edmonton has exercised options on seven players from its 2019 CPL roster who will be back with the team next season.

“While we have had to make a few very difficult decisions, I am delighted to have a large piece of the core of this team returning, with more announcements coming shortly,” FC Edmonton coach Jeff Paulus said.

Ameobi, 31, is set to play his fifth season in Edmonton, which includes a three-year run with the club in the NASL. The Eddies captain holds the club record for all-time appearances with 120, including 25 in all competitions in 2019. The English centre-forward scored four goals in CPL play this past season.

Soria will be returning for his second year with the club after signing in early 2019. The Spaniard featured 25 times in his debut campaign for FCE, notching four assists in over 2000 minutes of game time, mostly as a holding midfielder.

Velado-Tsegaye, Doe, and Amanda, all 18, return after making the leap from the FC Edmonton Academy in 2019. Velado-Tsegaye and Amanda made their professional debuts this year, both posting a goal and an assist in their rookie campaigns.

Trinidad and Tobago international Kareem Moses joined the club originally in 2014 before leaving in 2016. The 29-year-old returned to Edmonton in early 2019 and has made a total of 64 appearances for the Eddies, including 17 in all competitions in Year 1.

Son returns after an injury-plagued season limited the South Korean to 16 appearances and 952 minutes played. The CPL Open Trialist signed with the Eddies in late 2018.