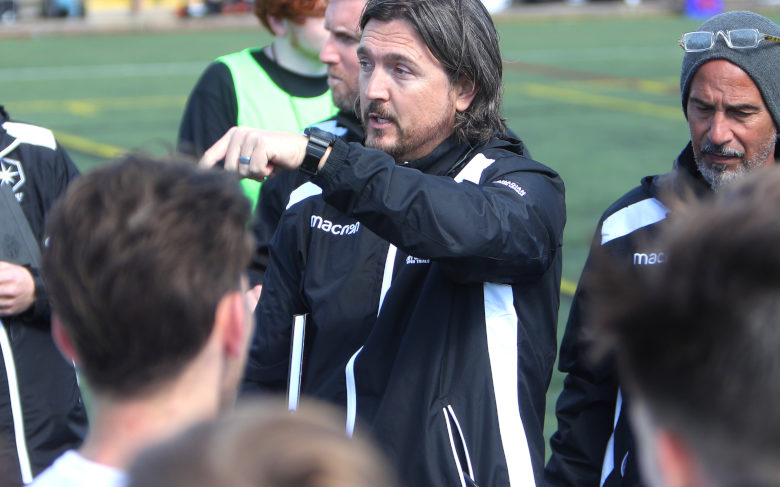 VANCOUVER — With the Open Trials closed and the CPL-U SPORTS Draft upon us, Canadian Premier League clubs still describe the next few weeks as a race to the start.

The Cavs’ bench boss was referring to impending signings — the first in league history — he says are on the cusp of being officially revealed.

“We’re going 2-for-1,” Wheeldon Jr. said, teasing his Alberta-based side is across the line with multiple Canadian players he expects to emerge as a pair of the first signings in CPL history.

“We wanted to bring in someone with a wealth of international experience, who has played 300-plus games overseas,” Wheeldon Jr. continued.

“The strategy was also to get a (Canadian) player we believe has incredible potential … I think that ties it together very nicely for us.”

The impending signings are the foundation of Wheeldon’s vision for how he wants to build a squad ahead of the CPL’s inaugural 2019 season — a plan that includes both U SPORTS Draft picks and players from the Open Trials.

“We have a core group of players we want to secure first — the ones we know,” he explained. “Then we want to add the next range of Canadian professionals who can add value to this league.

“Outside of that, we’ll look overseas to see the pieces we don’t have — which might be a bit of magic, a centre-forward who can score us the goals and get crowds off their feet.”

Cavalry’s bench boss will round out his inaugural roster with draft picks and trailists.

“They have to come prove themselves in training camps,” Wheeldon said. “It’s one thing to see them perform in their own environments, it’s the next thing to go into a professional environment.”

As things wrap up in Vancouver, Wheeldon added he’ll travel to England in advance of the winter transfer window for a deeper look at players on offer overseas.

But while Cavalry appears eager to unveil foundational players they believe will connect with a community that continues to rally around the anticipation of soccer at Spruce Meadows, others could soon follow suit.

“We have an international standard winger from South America who’s interested in coming,” Gale told CanPL.ca.

“We have a proven goal-scorer who has played in leagues of a similar calibre to what we think the CPL standard will be.”

The Canadian element, Gale hopes, could be a tandem of Canadian defenders he described as the “bedrock” behind international attackers he believes will have immediate success going forward.

Gale added he’s also working to establish an ongoing loan agreement with a club competing in a top European league.

“I wanted to bring in a player who suits my personality,” Paulus said of the player. “His strengths match how I want the game to be played.

“He’s a great attacker. He’ll go 1-vs.-1 and he’ll do things that are different. He can be an impactful player for us in the league.”

Paulus asserted the conclusion of the Open Trials set in motion a series of events that will bring things into focus.

“When I get home next week and start offering contracts and getting signatures, that’s when I can sit with a board and do my X’s and O’s with my players and create systems that benefit my players’ strengths.”