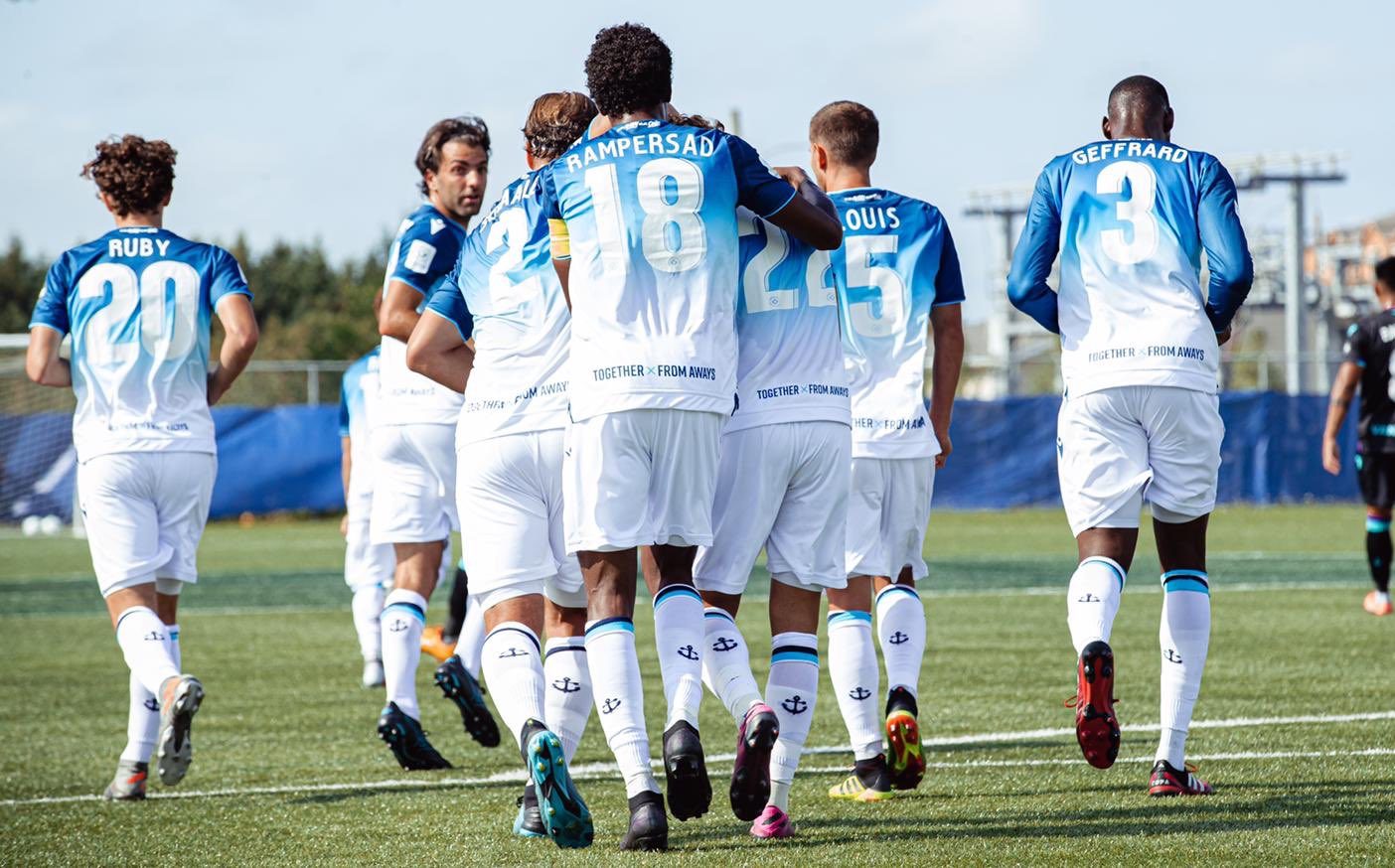 When Canadian Premier League fans look back at The Island Games, they’ll think of HFX Wanderers FC almost right away.

The wooden spoon winners in the CPL’s inaugural 2019 season nearly pulled off the storybook worst-to-first turnaround, taking the PEI tournament by the scruff of the neck and making the Finals against Forge FC.

Coach Stephen Hart initially tempered Wanderers’ expectations going into a truncated season, saying the team would use 2020 as a “prelude” for 2021.

“We want them to get a chance to prove themselves, especially as we look ahead to 2021. Yes, we’re going to try our best, but we’ll use it as a prelude to the next season,” Hart said.

Whether a clever piece of mind games or an earnest assessment, Hart’s “prediction” only further solidified his genius, completely remodelling a side that only had a handful of returning players into a well-drilled side that became greater than the sum of its parts in PEI.

Halifax’s breakout season started somewhat quietly on Prince Edward Island, though looking back, it’s clear the side had enough to compete.

Case in point: The Wanderers started the campaign by grabbing two points from three matches against their eventual second-round opponents Pacific FC, Forge, and Cavalry FC.

Hart’s side looked dangerous in all three matches, settling into a high-pressure counter-attacking style of play that even Forge was unable to properly break down, needing a controversial penalty to grab a point.

Up next for the Wanderers was FC Edmonton, which featured HFX’s best performance of The Island Games. A João Morelli brace sent Halifax up by three goals before the proceedings ended in a 3-1 win, the first of six matches unbeaten for the Wanderers in PEI.

A 1-1 draw with York9 FC, which saw Morelli sent off for elbowing Joe Di Chiara and a dramatic season-saving equalizer in injury time, set up a crucial penultimate first-round affair with Valour FC, who were attempting their own club turnaround. Goals by left-sided combo Alex De Carolis and Cory Bent, and a stalwart defensive showing from Peter Schaale and Jems Geffrard, ended those hopes for Valour and put the Wanderers all-but-through to the second round. A two-goal win over Atlético Ottawa made Stephen Hart’s side one of four worthy of advancing.

“We always felt we could get into the top four,” HFX coach Stephen Hart said after the Ottawa victory.

“I’m a little surprised at how quickly things came together in some instances because we didn’t have a lot of time together really. But all credit to the players. They’re a tremendous bunch off the field, but on the field, they’re showing the sort of discipline, and balance from those who have come off the bench, to keep us in games or even help us get back into games late.”

Up next was Forge, the tournament favourites. An early turnover caused by Morelli left Akeem Garcia with an impressive finish, giving the Wanderers a shock early lead. A downright disappointing penalty given against Jake Ruby allowed Forge back in the game and left later chances by the Wanderers even more frustrating for fans in Halifax, and for Wanderers players.

“I can’t blame the players but I think they got tied up emotionally,” Hart said of the penalty. “They started to feel like things weren’t on their side. We lost a bit of composure, and that’s something we have to work on.”

A sold-out, socially-distanced Wanderers Grounds crowd gathered the following weekend for a pivotal match against Cavalry, and they did not leave disappointed. Back-to-back penalties from Morelli and Garcia sent the Wanderers through to their first championship final in club history – and sent fans back in Halifax into a frenzy.

Halifax’s final second stage match was a write-off, taking a 5-0 defeat against Pacific FC – with a heavily-rotated side – in stride. The CPL Finals awaited, after all.

Hart’s side had more possession through the first half but Forge’s prodding attacking unit looked on the front foot. They broke the deadlock on the ninth of their 11 corners when a second-phase cross from Mo Babouli found Alex Achinioti-Jönsson at the back post – the first goal Halifax had conceded from a corner all season. A late mistake from Christian Oxner formally ended the club’s bid for a CPL championship in year two of their existence.

It was easy to see the bigger picture for the Wanderers. Hart, the club’s fearless leader from Day 1, captured that outlook better than anyone, with four nominees for the CPL Awards on his squad, a Golden Boot winner in Akeem Garcia, and a renewed team culture to take forward into 2021.

This was reflected in HFX’s off-season movement, which started with 12 players confirmed to return for 2021, including key pieces like Cory Bent, Peter Schaale, Alex Marshall and Garcia.

From worst-to-first at the Island Games; who knows where the Wanderers will go in 2021?

💙 this tweet if you think Alex Marshall's pass was the CPL Assist of the Year #CanPL l @HFXWanderersFC pic.twitter.com/cFivEjT2Xt

Here’s how HFX Wanderers FC’s 2020 looked, by the numbers:

“Football without fans is just sweating. To the fans, we thank you, we appreciate your patience, and we love you. They have been behind us all along – even in lockdown they have been supporting us … It’s been a breath of fresh air. We’re really touched and grateful that we have the fanbase that we do have.” – HFX Wanderers FC’s Stephen Hart on fan-less 2020 CPL season.

“We can run with the big boys in this league. I can’t be more proud of these guys, and we keep working and we come back stronger next year. The emotions are there today, we left it on the pitch.” – HFX Wanderers FC’s Andre Rampersad following the CPL Finals.

“I was watching them train and I was like, ‘This is gonna be a good team, guys. It’s a young team and the talent was there. … For me I had no doubts we would’ve done well. During the tournament I really think we could’ve gone on and won it.” – HFX Wanderers FC’s Akeem Garcia on having no doubts that the Wanderers would make a deep run in 2020.