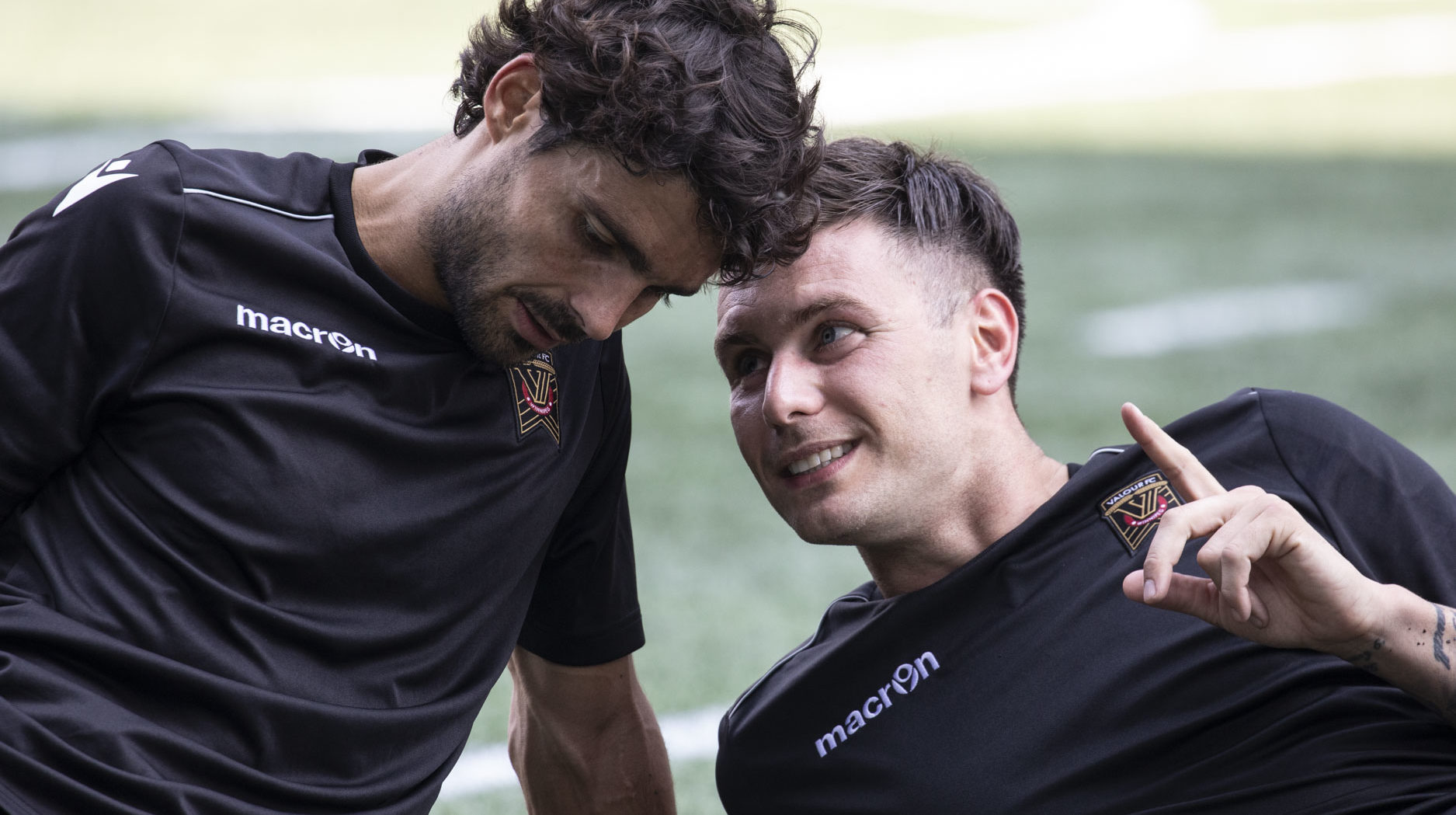 With the Canadian transfer window slamming shut last week, Canadian Premier League sides have made their final big-player moves as the Fall season.

Some clubs have been busier than others; Valour, for example, has made four mid-summer moves in an attempt to climb the table. Then there’s HFX Wanderers, whose only transfer is the loss of one of their star players back to university. There was Forge’s one-day switcheroo, too, adding and subtracting in one morning. Most recently, the two Alberta clubs got in on the action, with FC Edmonton adding a former MLS player to aid their push for the Fall season crown.

Who made the right moves? Which player will be missed the most by their respective clubs?

We’ll have to see at the end of the Fall season.

Here’s a look at the transfers made, club-by-club, this summer:

We start with the busiest CPL club this summer, Valour FC.

First goalscorer in club history Stephen Hoyle parted ways with the club early in the summer as one of the few outgoing transfers in the CPL’s inaugural campaign thus far.

Gale quickly replaced his former English striker with two internationals: Jose Galan and Michele Paolucci. Both experienced players over 30, with Paolucci a direct replacement for Hoyle, Gale was quick to incorporate his new veteran signings.

Centreback Yohan Le Bourhis was Valour’s lone domestic addition, coming as Jordan Murrell is set to serve an extended suspension. The 19-year-old backstopped Valour to their first win in 11 matches away to York9 on Saturday.

Analysis: Gale and co. appear to have found adequate reinforcements to combat their mid-seasons slump. Galan and Paolucci have been quality, with the former earning plaudits as a calming influence in the middle of the park. The trio had quite the collective performance in Valour’s winless-streak-breaking result at York Lions Stadium on Saturday, too.

While not technically a transfer, Peter Schaale’s move back to Cape Breton University is of note. The 23-year-old has been a revelation for the Wanderers, playing in every match this league season, but is set to return to university to finish a business degree.

Analysis: This one will hurt. Schaale was at the heart of the Wanderers, and arguably the most important part of their backline. Quite honestly, we don’t know what the Wanderers look like without Schaale considering he has played in all but one match this league season.

York9 FC
In: Stefan Lamanna (FW)
Out: None

Jimmy Brennan made just one mid-summer alteration to his squad, bringing in Stefan Lamanna as added forward depth. Only one appearance to his name since joining in late July, the 23-year-old joined the club after recently playing overseas in Iceland. At five-foot-six, Lamanna promises diminutive technical play up top.

Also of note, Emmanuel Zambasis is set to stay with the club rather than return to York University for his second year of U-SPORTS eligibility.

Analysis: Lamanna could likely spend the rest of the season platooning for Rodrigo Gattas or Simon Adjei as a pacy option up top. Same as Cavalry, watch for Brennan to bring in this youngster as a depth option.

Cavalry FC
In: Aribim Pepple (FW)
Out: None

Arbim Pepple was brought in to Cavalry FC’s setup late last week as the CPL’s Spring champion signed the 16-year-old on a year-and-a-half deal. The current Canada under-17s forward was added following the end of his USL League Two season with Calgary Foothills, where he scored four goals over 12 matches.

Pepple played a day after being revealed, coming on against HFX Wanderers on Saturday.

Analysis: A player for the future, watch for Wheeldon Jr. to use Pepple in rotation as matches begin to pile up. Good experience for a young player.

In: Toni Tchani (MF)
Out: None

Jeff Paulus’ lone order of business was a big one, bringing in former MLS midfielder Toni Tchani as an added boost in the midfield. The 30-year-old most recently played for the Chicago Fire in 2018.

It’s a prestige pickup for the Eddies, who will look to have Tchani setup alongside Ramon Soria or James Marcelin in the middle.

Analysis: An intriguing signing, it’s unknown what Tchani is capable of, considering he last played professional football almost a year ago. Certainly a positive summer signing, but with some questions lingering.

Pacific FC
In: Alexander Gonzalez (MF)
Out: None

Alexander Gonzalez arrived in May so, unlike others on this list, there’s a large swath of matches to judge him on.

A defensive midfielder, nicknamed after one of the best to play the position, this Panamanian has served as an important anchor in the midfield; a match leading 76 touches, 65 passes and 93% pass accuracy against Valour on July 31 was a particular highlight.

Analysis: Gonzalez was a very important role to fill for Pacific FC as a player to limit open-play chances for the opposition. While the numbers back up his influence, PFC have yet to earn a clean sheet since his signing, a stretch that runs 14 matches. The return of Hendrik Starostzik and, potentially Marcel De Jong could see this change.

Welshman’s move was out of Forge’s control – Forge’s star forward moved to Israeli club Hapoel Haifa after being let go by parent club FC Cinncinatti of MLS — but Edgar’s was more than a competent replacement, coming to Forge after a stint with England’s Hartlepool United.

Linked with Valour in pre-season, the Canadian international has the potential to be one of the premier defenders in the CPL.

Analysis: Edgar is about the perfect answer-back for losing a player like Welshman. Two big-name players, but two completely different roles. The key for Forge is to have their forward depth continue to produce in Welshman’s absence – Anthony Novak, Marcel Zajac, Kadell Thomas, David Choiniere and others. If the goals continue to come in, and Edgar ends up being a plug for a sometimes-leaky defence, this could be a Fall-defining transaction for Forge.