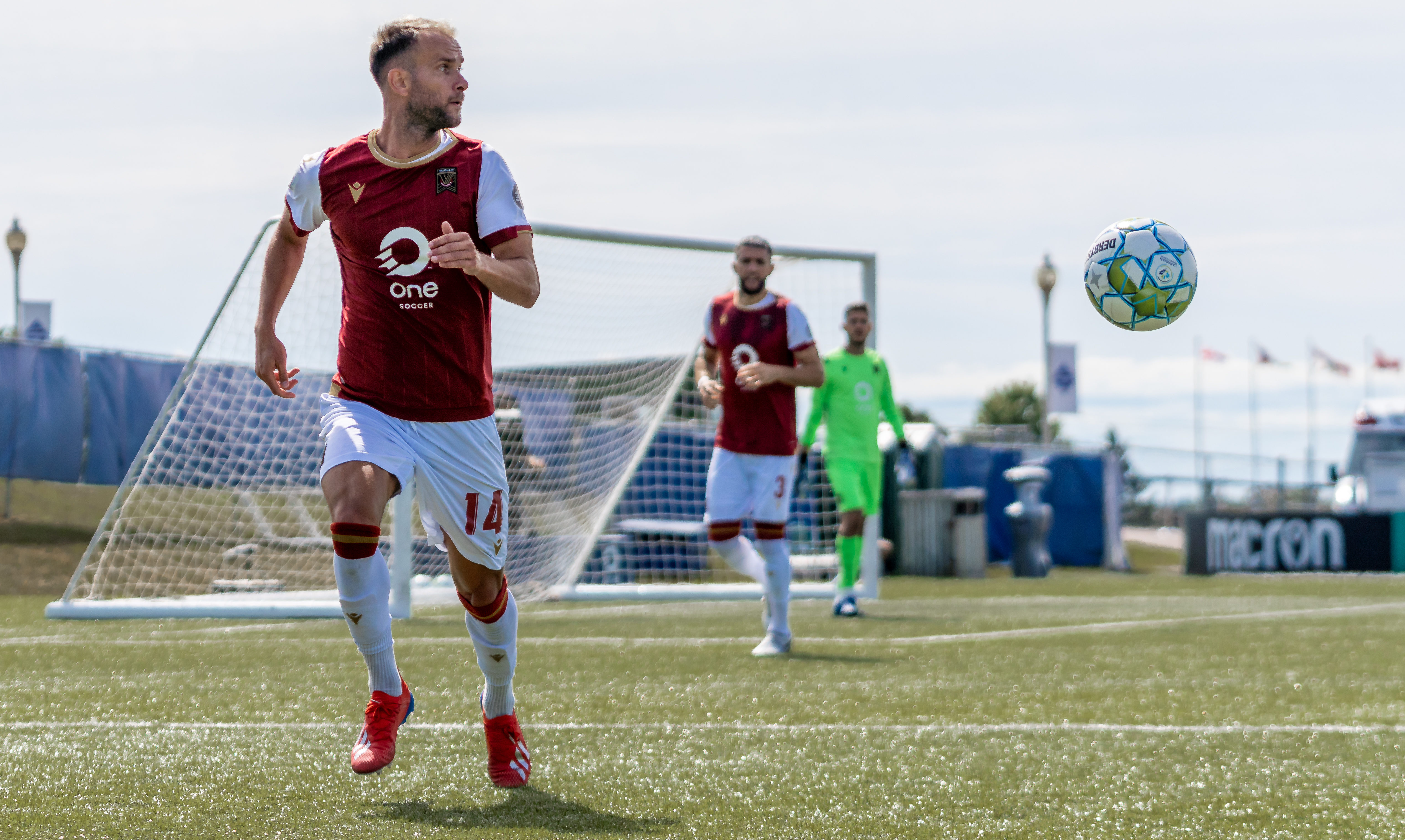 Valour FC announced on Friday that fullback Stefan Cebara has re-signed with the club for the 2021 CPL season after impressing coach Rob Gale at The Island Games.

He demonstrated an ability to play several roles along the right flank, typically lining up at right fullback but moving up to the wing in Valour’s win over FC Edmonton.

Gale hinted in late September that he’d received inquiries from other clubs about Cebara, as well as centre back Andrew Jean-Baptiste and winger Masta Kacher. All three players have now re-signed with Valour for 2021, giving the club a little more certainty about the core of its roster.

This news also comes shortly after the club’s announcement that midfielder Raphael Ohin and left fullback Brett Levis will be back for next year as well.

RELATED READING: Cebara on re-signing with Valour: ‘I owe it to the team to come back’

“You talk to those players and say, ‘Do you want to come back?’ We had those chats even during the tournament and the overwhelming feeling from most of the guys is they want to come back and have a full season together,” Gale said shortly after The Island Games.

Cebara has played in a handful of different environments throughout his career, having moved to Calgary at age six after his family fled Zadar, Croatia (then Yugoslavia) for Serbia.

As a professional, he had stints at clubs in Hungary, Slovenia, Slovakia, and Lithuania before signing in Winnipeg. He’s played for the Canadian senior national team five teams, all of his caps coming in friendly matches in 2013 as a 21-year-old.

He also played for Canada’s U-20 side throughout the 2011 Concacaf Championship, alongside current national team regulars such as Jonathan Osorio, Doneil Henry, and Lucas Cavallini.