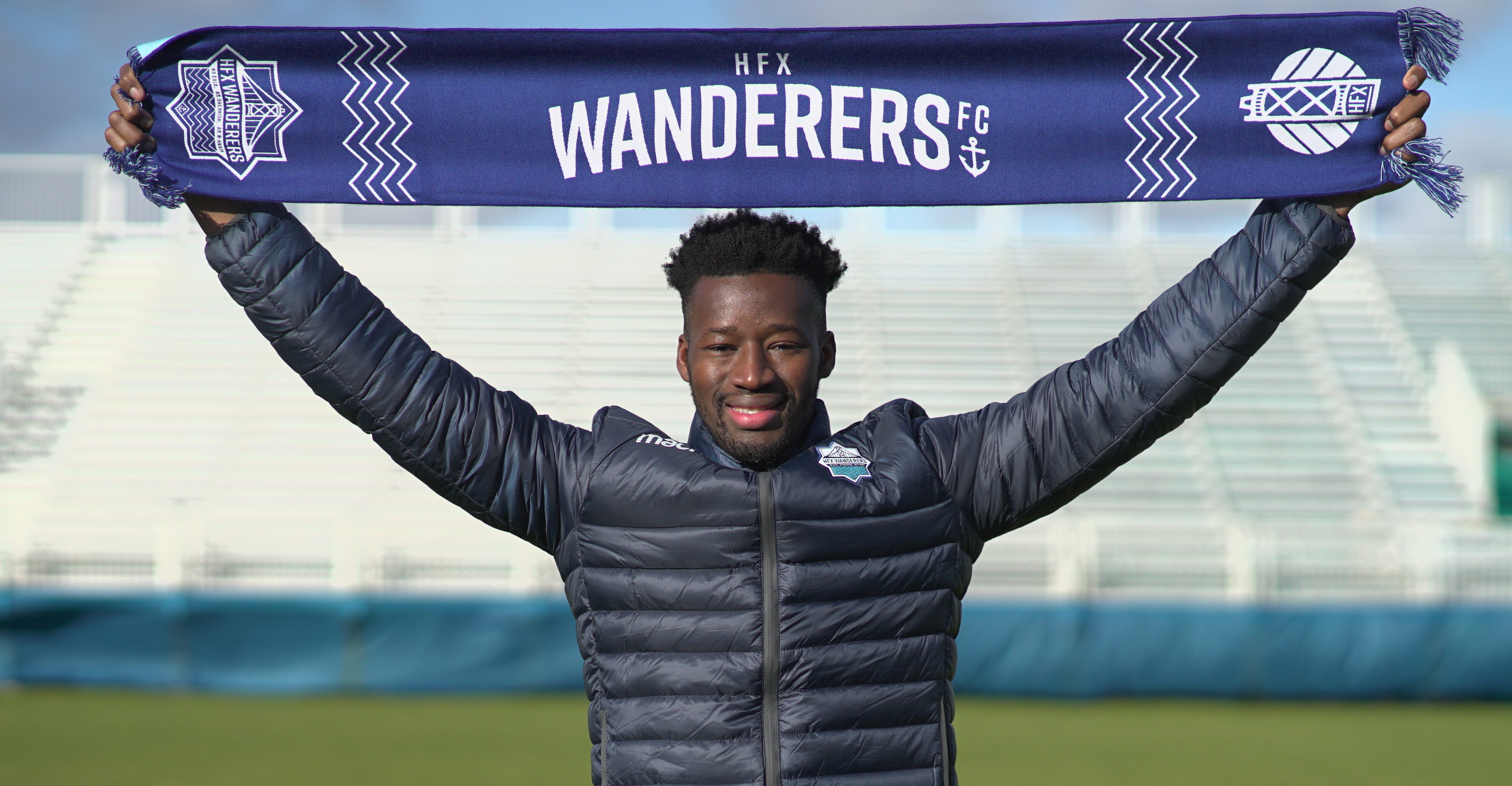 HFX Wanderers FC added some attacking depth on Tuesday with the signing of former Canadian collegiate player of the year Ibrahima Sanoh.

Sanoh, 25, is the all-time record scorer for the Holland College Hurricanes in Prince Edward Island, where he netted 101 goals in 70 games.

Now he’s ready to make the leap to the pro ranks in the CPL.

“It’s really special, it’s a dream come true because it was always my dream to play professional soccer,” Sanoh said of joining the Wanderers.

Born in Guinea, Sanoh moved to Canada in 2011, first studying and playing at the University of Prince Edward Island, before transferring to Holland College.

Nicknamed “Ibra,” Sanoh starred in the 2018 exhibition match held in Halifax for Stephen Hart’s Atlantic Selects team against German side Fortuna Düsseldorf’s under-21 team prior to the CPL’s inaugural season. He scored for the Atlantic Selects to tie the game at 1-1. The Selects won in a penalty shootout after the teams played to a 2-2- draw.

“He showed enough in the game against Düsseldorf that he can compete at a higher level and we’ve been talking to him ever since that game while we waited for him to get his Canadian permanent residence,” Wanderers VP of Football Operations Matt Fegan explained.

Now a permanent resident, Sanoh will count as a domestic player in the CPL.

“He offers us a different option in the squad because unlike Akeem Garcia, he’s a bigger player who is a bit more of a target player that we will able to play through and he’s also a proven goalscorer and we all know we lacked goals last year,” Fegan offered.

Sanoh is the third newcomer to sign with HFX this off-season, joining Omar Kreim and Aboubacar Sissoko, one of the top U SPORTS midfield pairings of the past few years.