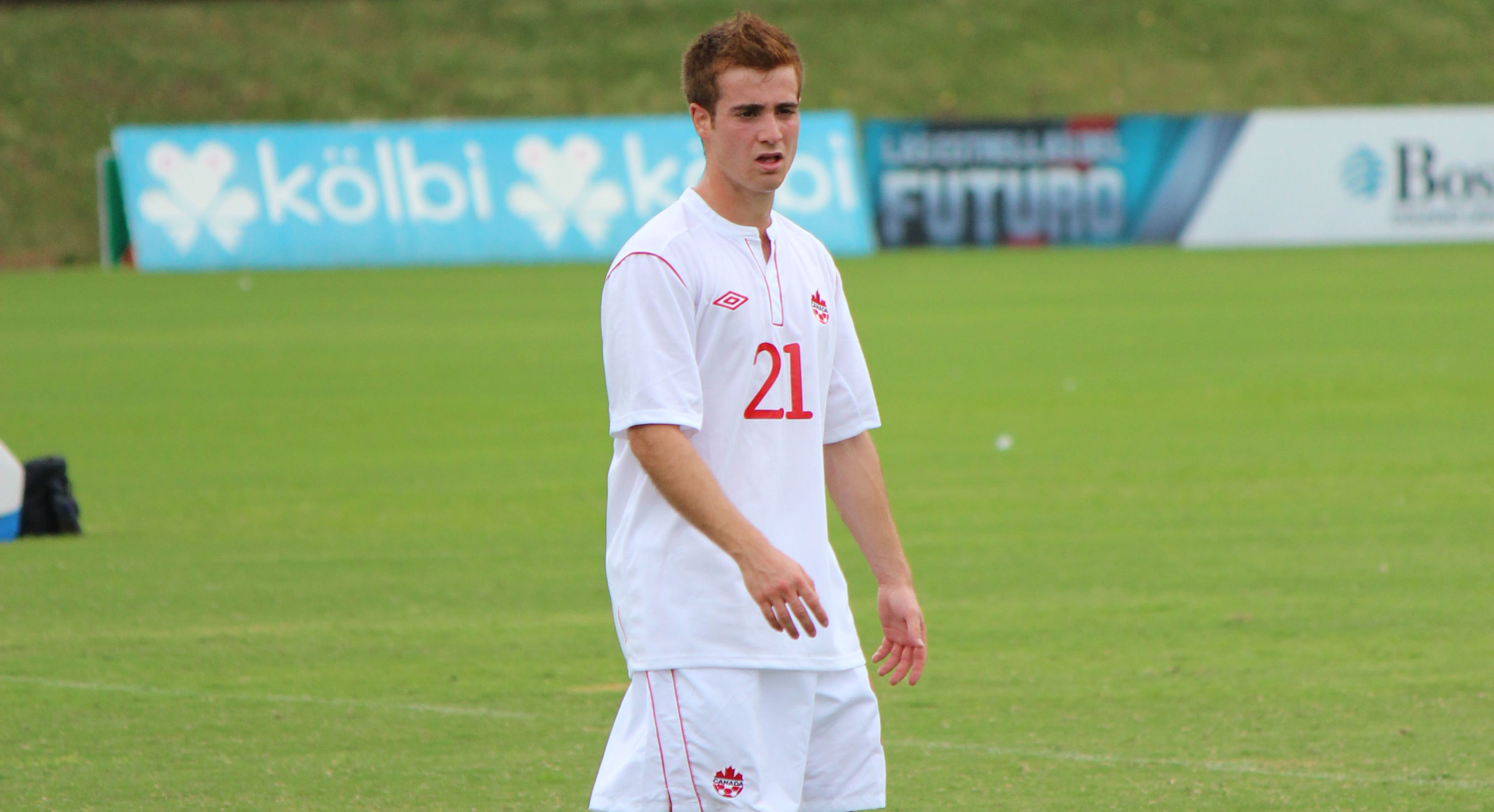 HFX Wanderers FC on Wednesday announced the signing of Canadian striker Alessandro Riggi, a move made to bolster its attack in 2020.

Wanderers finished in last place in 2019 and boasted the league’s least potent offence (21 goals scored), so the hope is that Riggi can breathe life into the team’s limp attack.

“I like to bring joy on the pitch for the fans and be the one who makes the crowd go ‘ooh.’ I love to put points on the board whether a goal or assist, it’s going to be very cool to be a part of this league,” Riggi said.

Riggi, who spent a spell of time with the Vancouver Whitecaps academy, is at home on either flank or playing behind the striker.

“He’s a very nippy and tricky player, exciting to watch and he can find space in between the lines and run at defenders,” HFX coach Stephen Hart said.

“He scores goals with either foot and I think he will quickly develop into a player who fans will want to see on the field.”

As a teenager, Riggi went on trial in Italy with Sampdoria, then spent a season at Celta Vigo’s academy in Spain, in addition to time at CFR Cluj in Romania. He also turned out for Canada’s under-20 team. Now, he’s ready to test himself in the CPL with Halifax.

“I know a couple of players who played for Halifax last season and they said the city is phenomenal and the pitch is the best pitch in the league,” he explained.

“I know Halifax didn’t have the best season but the fans were there showing their love and I think that shows a lot of passion for the game and that’s what I love.”

In three seasons with FC Montreal, Riggi notched 15 goals and collected nine assists in 48 games before moving to Phoenix Rising in 2017. In Phoenix, he hit the back of the net six times in 34 appearances and added 10 assists, although his last season was cut short through injury.

However, he was a part of the Phoenix team that won the Western Conference championship and broke team records for the most goals, points, and wins in a season.

Being a part of the Rising helped raise his game to new levels.

“Phoenix was great, we won things and it’s a club that is top quality,” Riggi said. “There was a very strong winning mentality and you had to make sure you concentrated always on the next match and prepared for that, even if we won 4-0, to do everything to keep winning.”

While there were a number of highlights during his time in Arizona, playing alongside Didier Drogba tops the list.

“There’s no money you could take in exchange for the experience with Drogba, he is such a winner and so humble on and off the pitch. I was poking his mind every day and always analyzing him, he’s an icon,” Riggi explained. “He was 40 and putting in extra work in training every day.”

The addition of Riggi is the latest in a series of off-season moves made by the Wanderers.