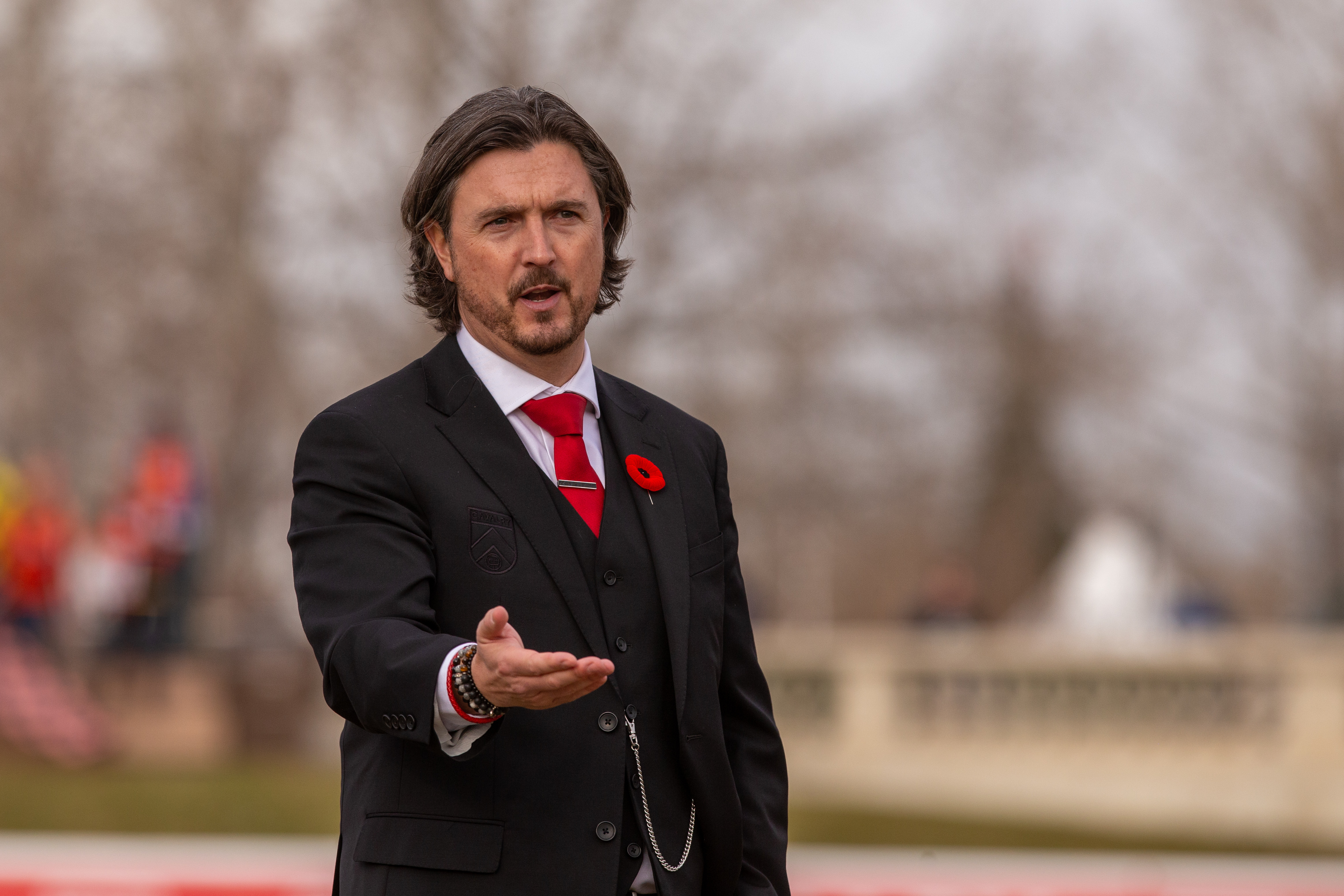 We at CPL Editorial published thousands upon thousands of words on CanPL.ca in 2019, and not all of them our own. In the inaugural Canadian Premier League season, we’ve heard from pretty much every player and coach across the league, both before a ball was kicked and throughout the campaign.

With that in mind, we’ve had some truly top-notch quotes in year one of the CPL. Perhaps nothing in the “saddest backflip” territory, as I’m sure Armen Bedakian would be quick to point out, but nonetheless, there were more than a few memorable quips in 2019.

So, here are all the best quotes from the CPL this year, both from here at CanPL.ca and from interviews on OneSoccer.

“We’re just like Julia Roberts and Hugh Grant from that scene in ‘Notting Hill’… ‘We’re just a team, standing in front of a province, asking them to love us.” — Rob Gale, Valour FC coach, March 18 2019

Starting right off the bat with the most quotable man in the CPL, Rob Gale made an impassioned plea to the people of Winnipeg to come out and support their new pro soccer club, while also revealing his fondness for rom-coms.

When CanPL.ca tried to pry some tactical secrets off the Nine Stripes boss ahead of the inaugural match, Brennan shut it all down pretty quickly. Brennan later added, “I’d be silly to tell you how we’re gonna play.”

Kyle Bekker earned himself a suspension after elbowing York9’s Joe Di Chiara in the inaugural game. Asked if he’d reached out to apologize, the Forge skipper didn’t mince his words one bit. When the subject came up again at Forge’s championship celebration, he called it a “phantom elbow,” but played along with the crowd. A watershed moment in this local rivalry, perhaps?

“We want to be an angry bear who’s just woken up from hibernation. We got a nice little rabbit sitting in front of us right on their doorstep. So let’s get after it.” — Rob Gale, May 31 2019

The Valour coach painted us a colourful picture of what he’d like his side to do to FC Edmonton’s Rally Rabbit. Gale’s bears did, indeed, feast in the subsequent game, downing the Eddies 1-0 for their third-ever win in the CPL.

Wheeldon compared his Honduran winger to the Boy Who Lived sometime this year (our best guess is May 9, when Escalante scored a free kick a minute after the Nico Pasquotti sub Wheeldon mentions in the clip). We only found this quote in OneSoccer’s recent compilation of managerial quips from 2019, which also gives us an opportunity to shout out three other quotes that didn’t make the cut for this list:

On the fourth day of Christmas, my true love gave to me…

“Something I had been craving, but hadn’t had in a while, were the breakfast sausages. You put a little syrup on that? Oh man. I was buzzing about that. You get the syrup and it drips onto everything else, the scrambled eggs and whatnot.” — Anthony Novak, Forge FC striker, September 1 2019

Novak was probably asked about his culinary tastes more than any other player this year, and this is why. He famously attributed a goalscoring performance midseason on OneSoccer to the good breakfast he’d had that morning. This writer is certainly not sold on the idea of maple syrup on sausages and eggs, but to each their own…

Just incredible. It was genuinely hard not to make this entire article a list of Rob Gale quotes, because he’s good for something hilarious pretty much every week. Here, Gale asserts that he doesn’t care where it happens, he just wants to win. And win his side did on that day, as Valour downed York9 4-2 at York Lions Stadium.

Okay, it’s not strictly a CPL quote, but this might’ve been the best quote from Canadian soccer in 2019. If that doesn’t make you want to run through a wall, I’m not sure what does. Powerful stuff from the Canadian men’s national team boss, and it paid off a day later with that huge 2-0 win over the United States.

Paulus had high praise for Prince Amanda after his debut performance late in the year, in which the 18-year-old bagged a goal on a marvellous night out wide. The Eddies boss was vocal about wanting to play a 4-3-3 system, but he wasn’t always able to find the right combination of wide attackers to make that work.

“I’m getting phone calls from players I’ve played with in the national team program who are asking my opinion, who are thinking, ‘Is it time? Is it right? The first year is under its belt – should we do this?'” — David Edgar, Forge FC defender, November 27 2019

We’ll leave you with this cruel tease from the Forge defender, to see us into the new year. Who are you talking about, David?! Which national team players might come home?